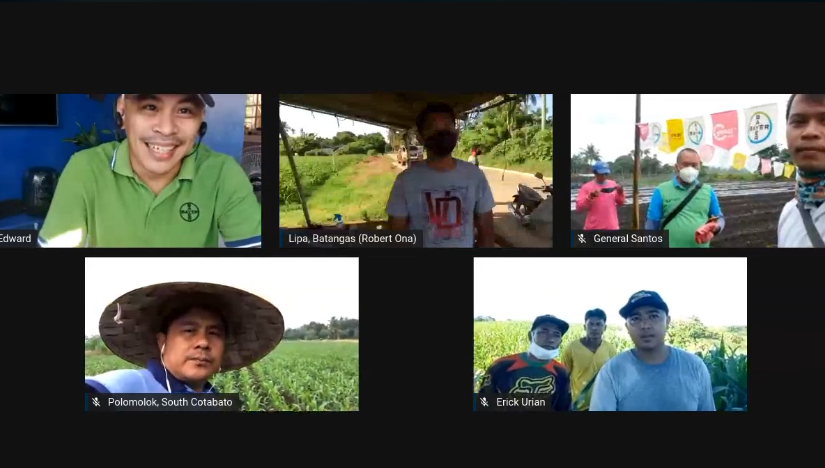 Bayer Crop Science (BCS) has recently obtained registration from the Fertilizer and Pesticide Authority (FPA) for a crop protection product that controls Fall armyworm (FAW) even as the highly prevalent pest is feared to creep into destroying rice and other high value crops.

Authorities fear FAW which is “cannibalistic” in nature may inflict other crops after destroying at least 8,000 hectares of corn crop nationwide in this last season.

“Infestation of Fall armyworm has brought farmers big problems, so we are fortunate that the Fertilizer and Pesticide Authority released a conditional registration for Yeoval,” said John Fajardo, BCS Agronomic System Manager for Corn in Southeast Asia and Pakistan. “There is also a risk that FAW may potentially reach other crops such as rice and vegetables.”

The Department of Agriculture (DA) said earlier FAW has already spread throughout 47 provinces nationwide. It has fast spread in just one year after detection in June 2019.

FAW reproduces quickly with female adults laying 2,000 eggs in a single instance. Its dispersion is fast as it can fly at night over a 100-kilometer distance and up to 500 kilometers with the aid of wind.

It is estimated that the number of hectares destroyed by FAW in Region 2 only includes those that have been validated.

“If you go around corn areas in the region, the actual damage may even be bigger,” said Mindaflor Aquino, DA Region 2 senior science research specialist.

Even worse about this pest is once the corn plant is left without leaves upon devouring the leaves, the worms begin to eat each other because of their cannibalistic nature.

Another characteristic of FAW is it able to survive on different crop types.

“FAW is polyphagous which means it feeds on different kinds of food,” said Fajardo. “It has been observed to feed on rice, sugarcane, vegetables, sorghum, and millet.”

In some cases where farmers have access to Bayer’s Dekalb corn hybrid seeds with VT DoublePro and the FAW is not able to infest the corn, the pest has been observed to even eat grass.

Being able to eat anything at hand enables the FAW to increase in population at exponential rate and travel to far distances, destroying farmers’ harvest, according to Fajardo.

Infestation incidence was placed at just 2-3% on crops due to the use of the FAW-resistant Dekalb varieties. The same insignificant damage was observed with the use of new crop protection product Yeoval for non-resistant varieties.

Yeoval is a newly released insecticide with an excellent mode of action against the pest. Its active ingredient is tetraniliprole.  It controls the pest by transmitting the poison via the xylem route of the plant where water is also transported throughout the plant. The xylem route enables Yeoval transmission through the leaves and stem. Once a small part of the leaf is eaten, the FAW gets paralyzed and eventually dies.

FAW, which has become a major insect pest in the country, is estimated to bring potential damage between 60% to 80% if corn crops are not managed properly during infestation.

“It’s only now that I’ve experienced growing corn where worms penetrate deeply into the plants, not just the leaves,” according to Jaime Acedo, a farmer based in Aurora, Isabela. “We are seeing nearly all plants damaged and we don’t expect any yield from this level.”

With Dekalb VTDoublePro, given the proper climatic condition, cultural management, and a growing period of 115 to 120 days depending on the variety, Dekalb corn varieties can yield as much as 13-15 metric tons (MT) per hectare, according to JV Cruz, BCS Grower Marketing Manager for Corn.

In another trial plot in Polomolok, South Cotabato, Dekalb 8719S only had a low pest incidence of 2% based on field observations done 22 days after planting.  The field observation was aired over BCS’ live Facebook webinar “Online Kapehan”.

“We observed that the leaves and stems of the corn plant did not have any holes,” said Jonel Caberto, BCS Market Development Manager in Mindanao. “Once the FAW seeps into the plant and tries to feed on it, it will stop and eventually perish due to the effectiveness of the VT DoublePro technology.”

All Dekalb varieties with VT DoublePro have 5% refuge in a bag. This government requirement is part of the Insect Resistance Management (IRM) strategy of the industry.  It is aimed at minimizing the risk of a resistant population of the target insect pests to grow. With this approach, farmers are assured of the longevity of the technology value to support their livelihood.

In the Philippines, FAW was first observed in March 2019 in Piat, Cagayan. “It was first identified morphologically by the FAO (Food and Agriculture Organization). From Piat, Cagayan, it was then seen in Gonzaga, Sta. Ana, and other municipalities until it reached the provinces of Isabela, Nueva Vizcaya, and Quirino,” said Aquino.

“In Brazil, they experience 70% field loss from Fall armyworm. If the plant is neglected, when it hits the seedling stage, damage may be 100% because the pest is difficult to manage. Its behavior is it is cryptic—camouflaging in leaves. At daytime, the worm may hide under the soil and far deep into the leaves of corn,” added Aquino.

Where farmers plant sweet corn or other varieties not resistant to FAW, BCS recommends Yeoval for protection against FAW.

New BCS technologies enable farmers to minimize use of pesticides. For one, a one hectare of corn farm only needs 200 milliliters (mL) of Yeoval to protect the crop from infestation.

“Before we thought it’s good that there are very few farmers in Region 2 that still use OPV (open pollinated variety). In Cagayan Valley, we are the highest in the use of Bt corn,” added Aquino. “Unfortunately, this season, we have also seen FAW infestation in Bt corn.”

Monitoring of the growth of the plants significantly help in saving corn. “We are still thankful that in Region 2, the government has so much support for corn growing. We are just continuing to monitor the plants because based on our experience, the plants can be saved with early monitoring.”

FAW was first found infesting farms in Africa in 2016. It had spread all over Africa in just one year. Afterwards, it was found in India, devastating 60 to 80% of farm harvest in some areas. It was in 2019 when it reached Pakistan, Thailand, Vietnam, and the Philippines. (Melody Mendoza Aguiba)