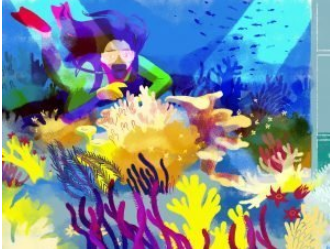 A benefit sharing scheme will be implemented by the government to ensure Philippines’ own “genetic” wealth from endemic plants and animals will give economic opportunities to indigenous people (IP) and poverty-stricken rural communities.
The Access and Benefit Sharing (ABS) framework from the country’s genetic wealth will be adopted by the Department of Environment and Natural Resources (DENR) as its compliance to the Nagoya Protocol (NP).
The NP is a 2015 global agreement for the access of all to genetic resources and traditional knowledge and their equitable economic sharing.

A genetic resource is a physical object of biological origin and the intellectual information associated with it such as traditional knowledge (Learn Nagoya). An example is a native people’s knowledge on the use of a plant as treatment for an illness.

The poorest of society that come from ancestral domains (indigenous people) in the boondocks and rural communities are among targeted beneficiaries of the treaty.
The DENR project will be carried out over six years to be financed under the seventh cycle of ghe Global Environment Facility (GEF) through the United Nations Development Program (UNDP).
”The project will increase economic opportunity and biodiversity conservation for local communities and IPs stemming from fair and equitable sharing  of biodiversity benefits,” according to a memorandum for DENR-Biodiversity Management Bureau (BMB) Director Natividad Y. Bernardino.
The project “Implementing the National Framework for Access and Benefit Sharing of Genetic Resources and Associated Traditional Knowledge”  costs a total of $26.015 million.  Of this, $4.384 million is taken up by GEF and $21.631 million is co-financed by Philippines, mainly government.
The first component of the project is harmonizing policies with the Nagoya Protocol on bioprospecting policies and scientific research.
These policies include commercialization of genetic resources on flora and fauna (plants and animal life).
Over the last decade,  scientific research activities have surged due to the rise of intellectuals and “Balik Scientist” Filipinos from abroad.   These intellectuals were given incentives by the Department of Science and Technology (DOST)  to participate in the local “brain gain.”
Filipino researchers have been exploring the production of drugs, pharmaceutical products, natural ingredients for food, clothing and raw materials for home furnishings, commercial products, and industrial products such  as commercial vehicles’ accessories.

They have been tapping Philippines’ natural resources of plants and animals from its rich biodiversity.
“Research undertaking with the private sector for possible uptake will be established,” according to the report submitted by DENR-Foreign Assisted and Special Projects Services Assistant Director Sabrina R. Cruz.
The Philippines was one of the first countries to implement access and benefit sharing under Article 15 of the Convention on Biological Diversity (CBD) through Executive Order 275 (1995).
It has since been amended by the Wildlife Act (Republic Act or RA 9147) and supported by the Indigenous People’s Rights Act (RA 8371 of 1997).
The DENR-BMB will lead the project.  Other implementing partners are Ecosystems Research and Development Bureau, DENR Regions 3 and 4, Department of Agriculture (DA), PENRO (Provincial Environment and Natural Resources Office)-Sorsogon, National Commission on Indigenous People (NCIP), DOST,  and local government units (LGUs).
The second component consists of information dissemination on the national policy on access to these genetic resources.
Policies on Intellectual Property Rights (IPR– patents and commercial licensing instruments) will be strengthened.   It will carry out capacity building for IPs and local communities in asserting their rights over their Indigenous Knowledge Systems and Practices (IKSP).

The third component consists of facilitating negotiation for ABS agreements.
“It will support community protocols for security Prior Informed Consent (PIC) and Mutually Agreed Terms (MAT) to ensure fair and equitable sharing of both the monetary and non-monetary benefits of genetic resources.”  (Melody Mendoza Aguiba)